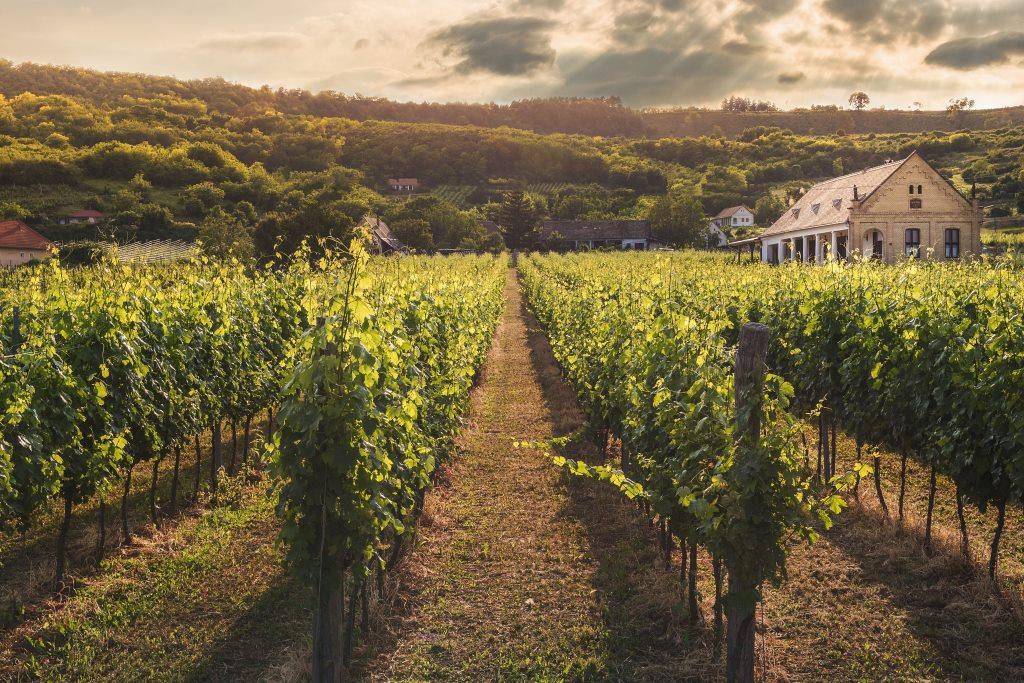 In recent years Macedonia has been recommended as food and travel destination, very easily accessible from most countries in Europe. The small former-Yugoslavian country was featured in the Food & Travel magazine, Lonely Planet and CNN and is worth a visit. The country is already popular among backpackers and adventure travelers, however it has much more to offer, especially to foodies and wine-lovers.

Much can be written and said about the traditional Macedonian cuisine – it combines the best of the Balkan and the Mediterranean tastes, but how about having a glass of authentic Macedonian wine? No visit to Macedonia would be complete without visiting at least one winery.

Macedonia’s viticultural history dates as far back as 13th century BC – from the time of Alexander The Great up until Roman and Turkish rules. As most people have never tasted or even seen a Macedonian wine, few are aware that the country has rich traditions of wine production and consumption, with many indigenous grape varieties grown in its vineyards.

Nowadays, there are about 80 wineries in Macedonia and one of the most popular names in the wine industry is Tikvesh (also written Tikveš). The plain of Tikvesh is considered the heartland of the wine making in Macedonia. A well-known winery with the same name – Tikvesh Winery, has been crafting and aging premium Macedonian wine for more than 125 years. At the late 70s of the 20th century Tikvesh became the largest winery in Southeast Europe, and in 2008 it was recognized among the world’s 30 most innovative wine brands at the Wine Innovation Forum in Paris.

According to Svetozar Janevski, BoD Chairman of the winery, wine is more than just a product to consume: “Every wine tells a story about the soil, sun and wind – about the country of its origin. Wine is a story that imparts the energy of the people involved in its creation. Tikveš Winery has been narrating Macedonia’s story as a winemaking country ever since 1885.” (Tikves.com.mk).

The winery of Popova Kula has a story to tell too. Stanushina (or Stanušina) – an indigenous Macedonian variety, also nicknamed “Macedonian Girl”, is considred one of the oldest grapes worldwide and has been barely saved from extinction thanks to the efforts of Popova Kula. The winery managed to reintroduce the grape variety to the region and made it known to the wine experts in the world. Today Popova Kula is the only producer of Stanushina Red Wine and Rosé.

Some of the other typical Macedonian grapes are Temjanika, Rkaciteli, Zilavka and Prokupec, and the two major varieties grown in the country are the widely popular Vranec (red), and Smederevka (white).

For those who want to explore the magic of the wine world, Macedonian wineries have prepared a rich selection of wine tours and tasting events at their stony cellars and fine restaurants. To name just a few: Traikovsky Wines & Spirits (Traikovsky.com.mk), Stobi Winery (Stobiwinery.mk), Bovin Winery (Bovin.com.mk). Some of the establishments can even host a corporate event with capacity of 200 guests.

Wine connoisseurs should not miss the Skopje Wine festival while in Macedonia. The international event is aimed at promoting the ancient tradition of wine production in the country and is held annually in the early autumn. Until recently known as Vino-Skop, the new Vinski Festval takes place in September-October, when the grape is harvested.

Macedonia’s wine industry is steadily growing and more and more Macedonian wine should be seen in the future beyond the borders of the country. Although its current attraction will continue to be largely based on price, the wineries there are yet to be known as their high-quality production. With its rich viticultural history and growing international recognition for its finest brands, the small southern country is an unexplored jewel on the Balkans, a place where the Old and the New World of wine meet.